Cunningham-Limp does more than Control Costs; it Controls Projects

Cunningham-Limp does more than Control Costs; it Controls Projects

Introduce Hoover & Greene, REDICO’s marquee multifamily development at the corner of (you guessed it) Hoover and Greene Street in Ann Arbor.   Sixteen structures on nine unique parcels existed prior to REDICO’s complex series of acquisitions.   Their challenge in November of 2018: Transform the combined site into 167 luxury apartments, constructed atop a 1.5 story mixed-use concrete podium,  while reigning in the rising cost of construction and finalizing logistics plans, including a city water main project, University of Michigan bus route, and the safety and security of 100,000+ football fans herding past the site six times a year.  They were in urgent need of a qualified construction partner capable of meeting the challenge – enter Cunningham-Limp.

With permits (a lot of them) in hand, and budgets finalized, the team turned to physical construction.   First, phased asbestos abatement, utility disconnects and demolition of the existing structures.  Next, excavation of 10,700 cubic yards of dirt, new utility infrastructure and an earth retention system, all accomplished with limited mobility and staging areas on site.   As the leaves were falling, the pouring and forming of 6,400 cubic yards of concrete began, a process that will continue into the winter months, before wood construction goes up four stories from there.

How does Don Webb, Cunningham-Limp’s Senior Project Manager responsible for this work, describe what it takes to succeed on a project like this?  “First, it takes a really diligent Owner to create the right structure for the project.  Then it takes a talented and collaborative team to turn the ideal design into the reality of a project.  Ultimately, though, when it gets into construction the project must be carefully controlled.  Nothing happens by accident or by hope.  The tools and technology to run a project have changed but the discipline to follow a process, constantly plan, anticipate issues and act quickly to prevent them remains critical.”

Don, an Engineer by training and with more than 30 years of construction experience, is well suited for the task.  “Attention to detail is sometimes a lost art,” as Don sees it, “but Cunningham-Limp is committed to keeping it alive and well.”

While Don captains the ship, he has help.  Ryon Barker, Project Estimator, has managed the preliminary estimates, proactively introduced a design alternate list of more than 200 items, and led budget finalization through the subcontractor bidding process.   Don also has his field general, Project Superintendent Tom Cooper.    Tom has a deep multi-family background and is quite comfortable coordinating a complex project out of the ground in Ann Arbor (despite sporting a Buckeye bumper sticker on his truck).   In the office, Don leans on Project Engineer Ashley Packwood, who is a budding force in the construction industry.  Ashley manages many of the day-to-day communications with the design team, Owner and subcontractors.

As a team, Cunningham-Limp has proven to be up to the task.  With the support of a strong Project Owner and collaborative designers, Cunningham-Limp will remain in close control of this landmark project, continue its unblemished record of success and meet its over-riding value of building better communities. 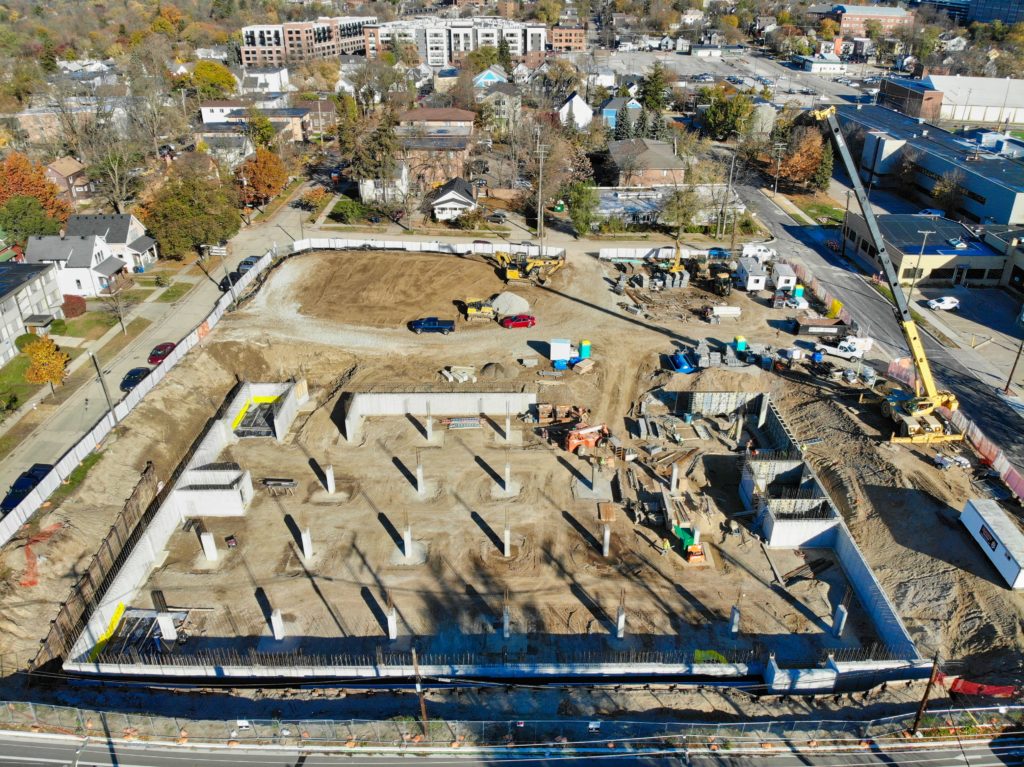 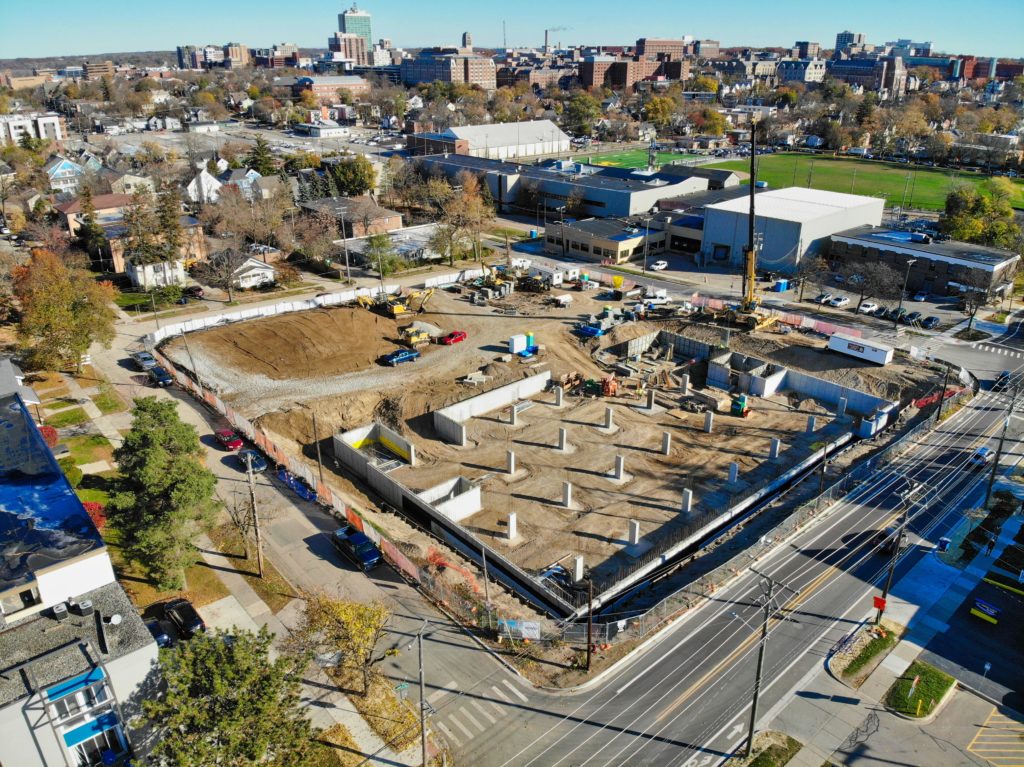 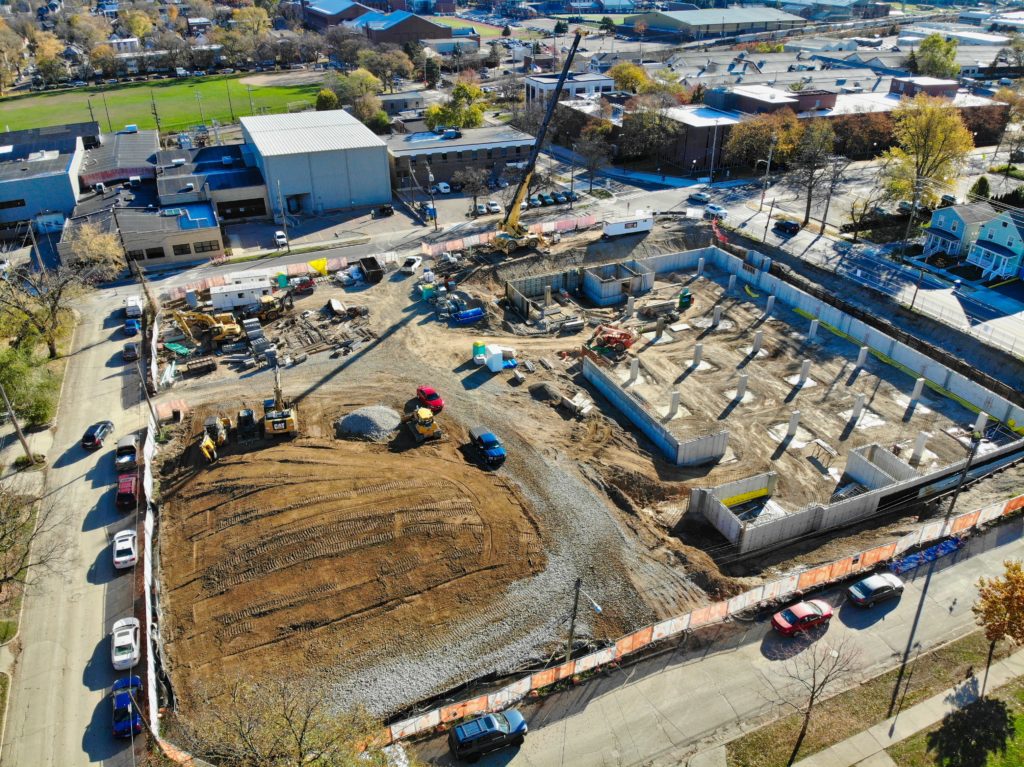 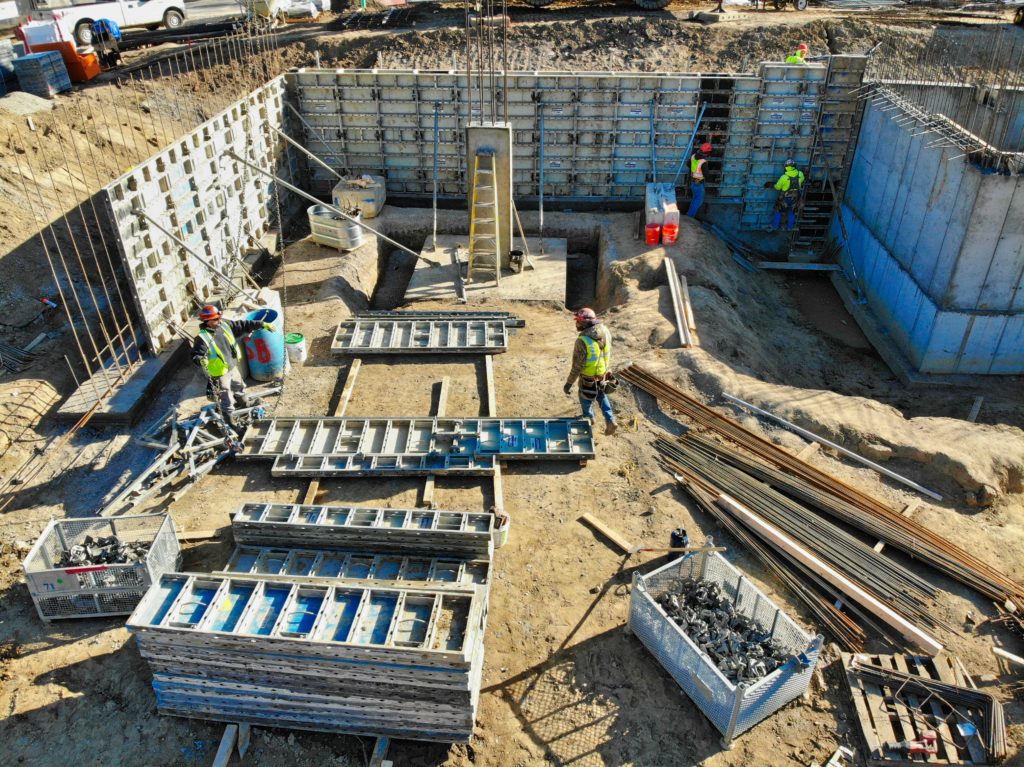 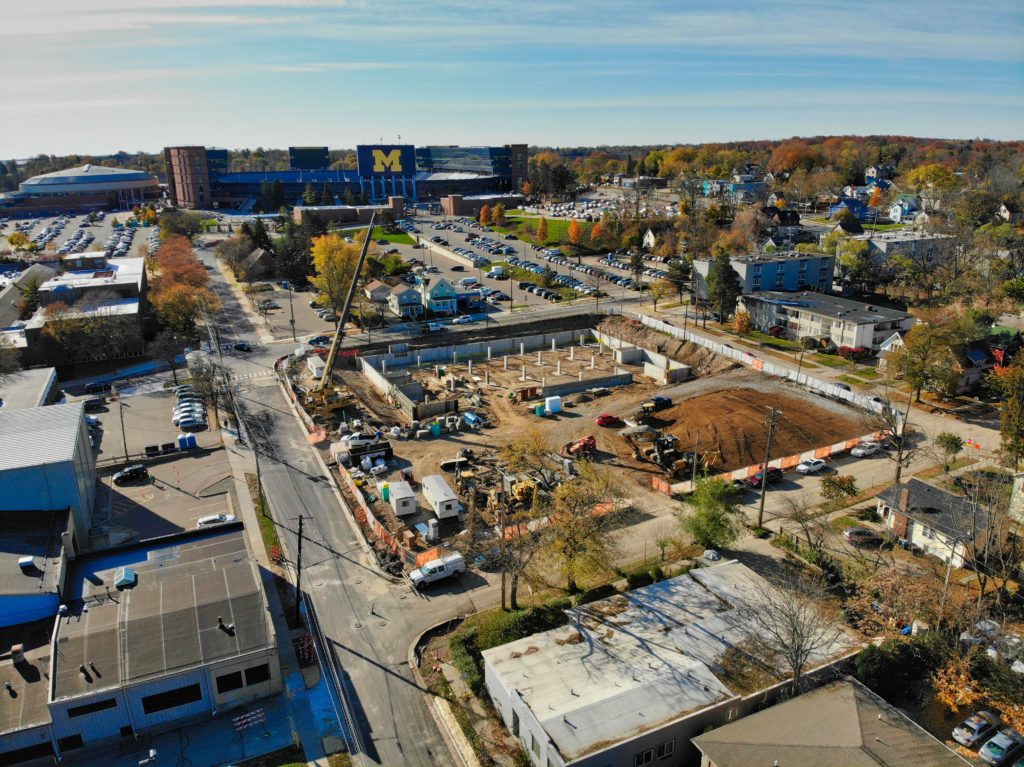 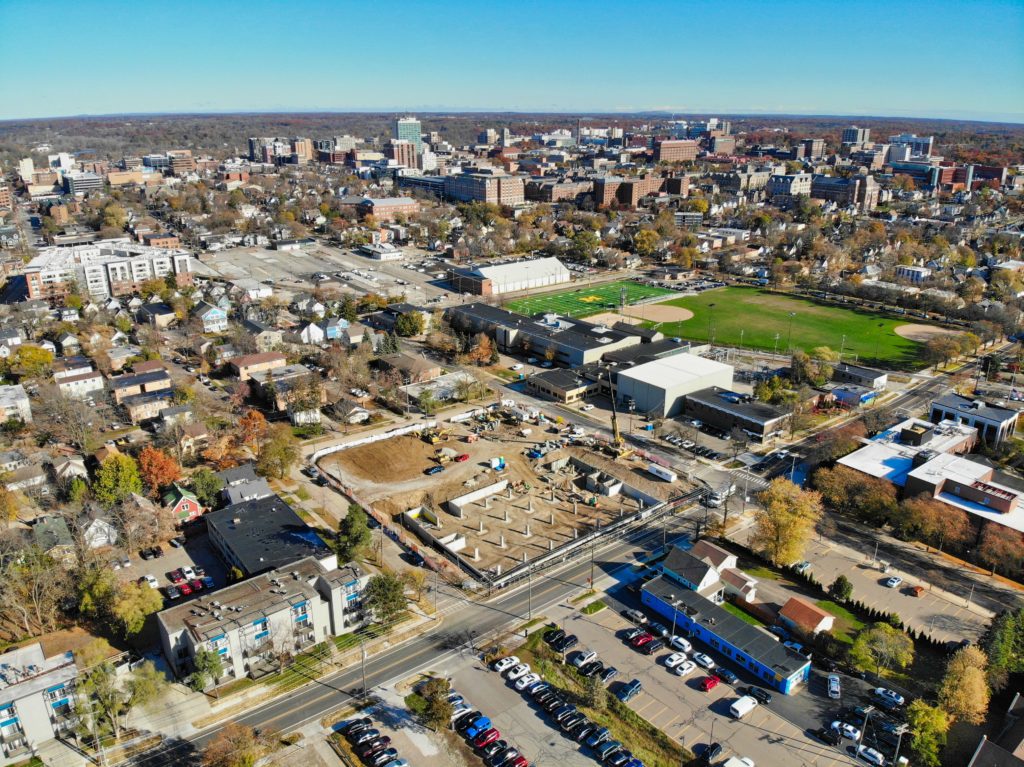 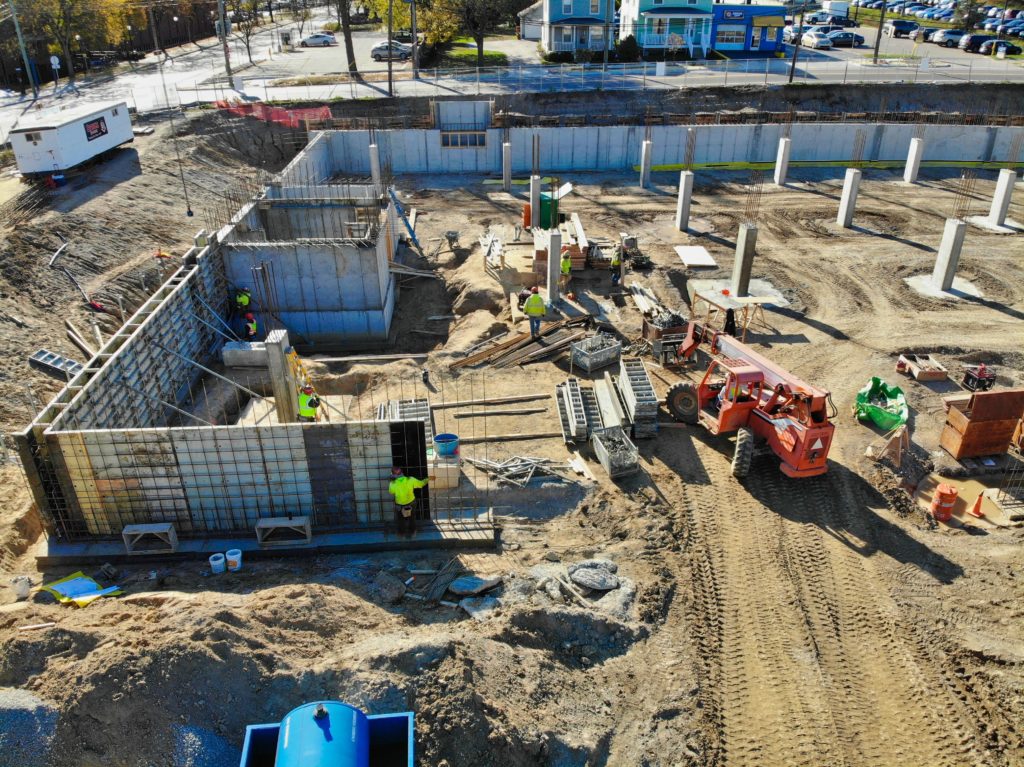