East Bay Township, Michigan. Thursday, November 17, 2022: Cunningham-Limp will host a Groundbreaking Ceremony for the “Brigantine Apartments” on Wednesday, November 30th beginning at 11 a.m. Co-hosting the event will be the development owner, Coseo Properties, as well as members of the design team.

The anticipated apartment complex will be constructed in East Bay Township near Four Mile and Hammond and will comprise 192 units The development has received a positive response from the community as it continues to look for solutions to the area’s severe housing shortage. Cunningham-Limp’s Bill Hedlund is Project Manager for the construction and will ensure its success.

“Brigantine Apartments has spent the last several months in a vigorous planning & predevelopment phase, so this groundbreaking marks a significant milestone in the project’s timeline. Once construction officially commences, the project will be tightly managed to ensure it reaches its expected completion date.” according to Hedlund.

Notably, this faster-than-average turnaround time is remarkable considering the well-known shortages in materials and labor within the building industry. Cunningham-Limp’s motivation for the speed of construction and guaranteed success has to do with the company’s mission to have a positive impact on communities.

The groundbreaking event will include representation from local governments, as well as all parties involved in its construction, design, and development.

Cunningham-Limp’s VP of Strategy & Community Impact, Doug Luciani, who is headquartered in Traverse City added, “Any addition to the region’s attainable housing inventory is positive. However, the region will need developers willing and able to build to a larger scale, along with strong collaboration with local governments, to truly move the needle on housing. This project helps accomplish that.” 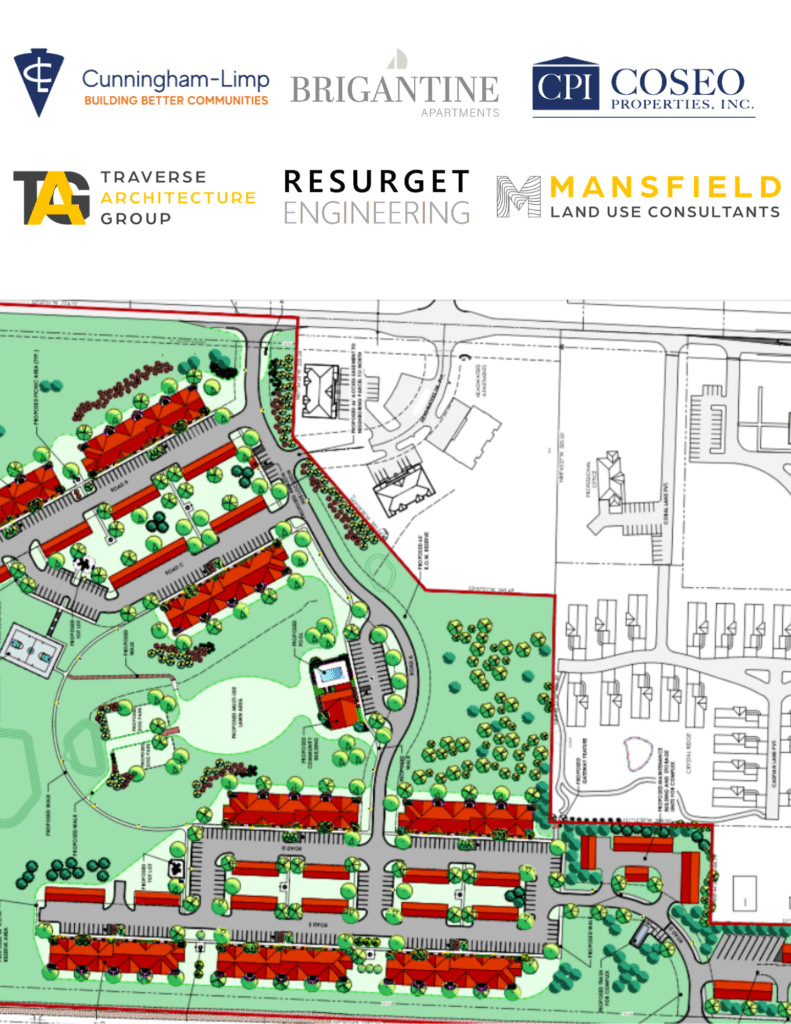