Established in 2014, the Traverse City Curling Club is a nonprofit that has become the epicenter for an inclusive, socially engaging community through the culture of Curling in Northwest Michigan and throughout the Midwest and much of Canada. The Club knew it had hit on something big when a Facebook page and word-of-mouth announcement alone brought together 60 community members for its first-ever organized event more than eight years ago.

Since then, the Club has hosted two Olympic Gold Medalists and supported friendly national events while being organized exclusively by volunteer leadership. After many years of renting space and making do with the resources it had, the TC Curling Club’s dedicated Curling Center is under construction, which – besides facilitating Olympic- and world-class events – will enable it to its quickly expanding membership.

Notably, Curling is the fastest-growing winter sport in America. More than a “cold weather sport,” Curling’s popularity is also related to the broad range of individuals who can actively participate in the sport year-round.

Kevin Byrne, Club VP, stated: “We want to impact the community by offering the sport of Curling to an extensive range of people in terms of age and physical ability. Many avid players of the game begin curling at the age of 4-5 and can keep playing until they are in their 70s & ’80s. We are excited to offer a functional building with a focus on inclusivity. If you are unable to curl conventionally, we have wheelchair curling and other assistive technologies to ensure that anyone who wants to play can.”

He continued, “One of our board members is a wheelchair curler and has been on the Paralympics Curling training team. He’s on the committee to put this deal together. He heavily emphasized the importance of limited steps, ramps, and disability-friendly architecture in the design phase. We plan to hold the first 100% wheelchair participant team in the country.”

When the leadership at Cunningham-Limp became aware of this Club’s profound impact in Traverse City, it designated the new TC Curling Center as its 37th annual Community Impact Project. C-L is thrilled and honored to have been chosen by the Club to build its Center and is helping to make their dreams a reality. Anyone interested in learning more can help support the Club’s new facility by donating or sharing the link, tccurling.org, with friends.

The Traverse City Curling Center will be a 28,000-square-foot, curling facility located at the northwest corner of Garfield Road and South Airport Road in the former Cherryland Center (in a federally designated Opportunity Zone). With 5 sheets of regulation curling ice and spectator viewing, the Curling Center will be host to numerous events, including regional tournaments, local leagues, corporate events, and USA Curling sanctioned competitions. 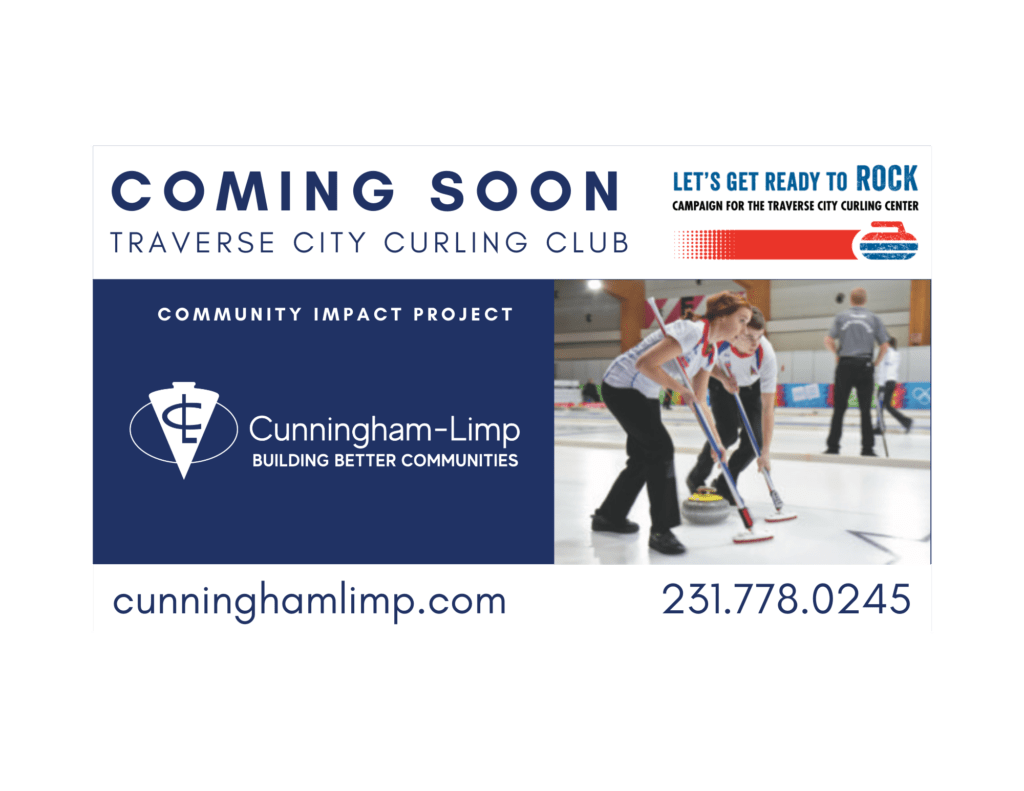